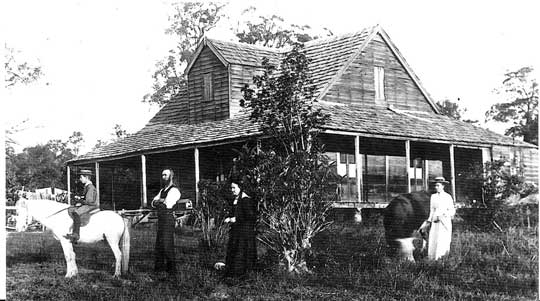 Hamilton Road in Chermside is named after one of the suburb’s earliest settlers who significantly contributed to the development of the area.

Aside from bringing a lucrative business to the land, most of the Hamilton family members have kept their own diaries that detailed their day-to-day lives.

Back then, Brisbane was a frontier town and when Andrew Hamilton moved to the city with his family from London he tried farming but being a tradesman himself, he eventually pursued the latter to make more money. That was when he purchased the 20 acres of land at Downfall Creek, later known as Chermside.

He started to make drays for the farmers to be used as their form of transportation to make their lives easier going to the markets to sell their crops. His business grew and he expanded to provide blacksmithing services.

Through the years, he kept a diary with stories of his everyday life, mostly about his business.

His son, Thomas, continued the business when he died who also kept a diary. The Hamiltons were also a part of the United Methodist Free Church and they also helped in setting up a Methodist Sunday school in 1873.

Thomas’ diary detailed his day-to-day lives, but what was very valuable was his stories of the World War. It is the only record that the council has of a local “welcome home.” His diary also described the effects of the Spanish Flu when it hit a local family in town.

When Thomas passed away, his son, Hue continued his work and started a motor shop, the H F M Hamilton Motor Body Works. In 1951, he ended his family’s connection with it and sold it. The motor shop continues to operate today under the same name.

The diaries have been digitised by the Chermside and District Historical Society. A book was also written about them by Beverley Isdale, titled All Blessings Flow: the Hamiltons of Chermside.