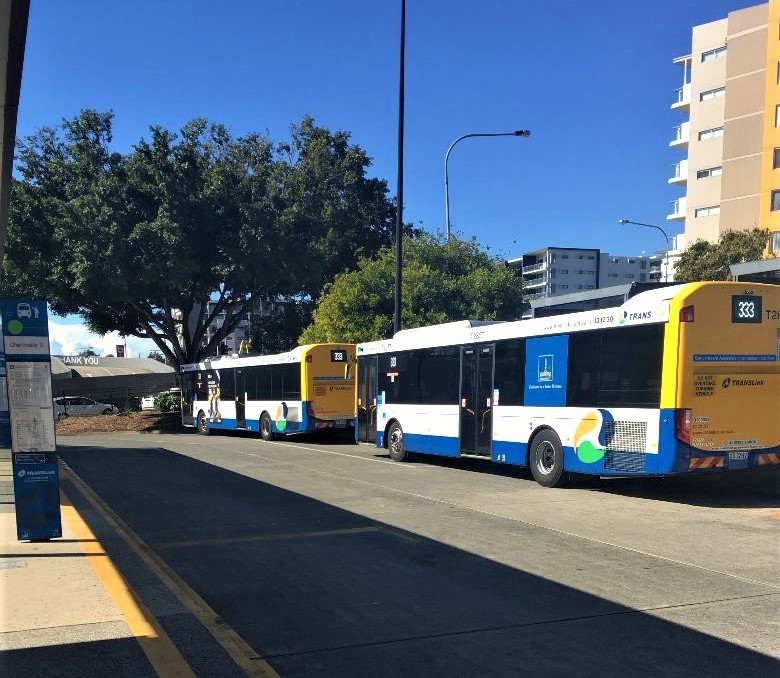 Did you know that security at Chermside bus interchange will be heightened after bus drivers voiced safety concerns?

The Council, Queensland Police, and Translink are joining forces to beef up security at Chermside Interchange. The initiative, which will be trialled for one month, is in response to Brisbane bus drivers’ feedback on safety at interchanges.

After the trial, the new measure will be monitored and reviewed, RTBU Queensland Branch Secretary Tom Brown said. During the trialling, there will be increased police presence, additional SNO deployments as well as combined QPS-SNO operations, and more security guards deployed at the interchange.
Other interchanges that could also see increased security measures are Carindale, Inala, and Browns Plains. Security guards will be stationed longer at the interchange platform, from 2-8pm between Sunday to Wednesday. Translink is also looking into adding more Senior Network Officers to increase security presence across SEQ network.

Bus drivers voiced concerns about personal safety after several incidents of physical and verbal abuse from some passengers that left bus drivers feeling unsafe at the interchange, even forcing some to skip bathroom breaks. They said that Chermside has become unpredictable and an unsafe workplace.

The move also follows reports that incidents of verbal and physical attacks on bus drivers have risen by 41 percent in the first seven months of 2019, even after the implementation of Council’s $1.3-million bus safety measures which included installation of safety barriers in buses.

RTBU also said that work has also begun to improve the surveillance system and the  duress alarm in the interchange. Tom Brown added that non-RTBU members also came forward and got involved in the campaign as they also fear that “they too will be thrown under the bus in similar circumstances.”

“Abuse, fare evasion, chroming, threats, assaults, spitting attacks and more, this is just a glimpse of what bus drivers in the South East face daily and its getting worse. If the bus driver is not safe, the passengers are not safe either,” Rail Tram and Bus Union Queensland Branch said.