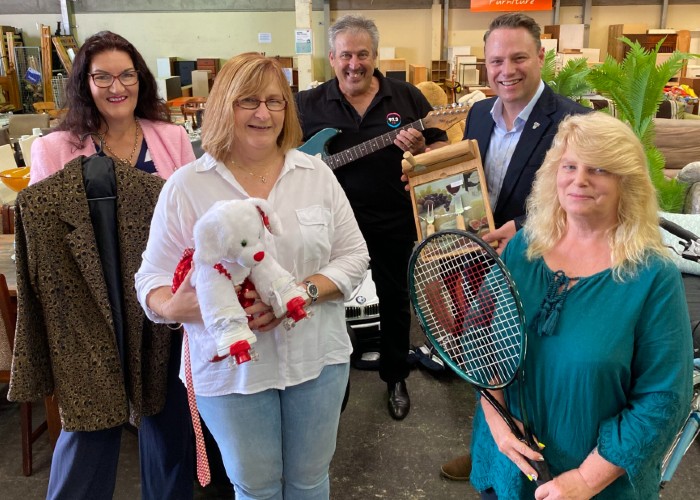 Where do locals go for a good, old-fashioned, satisfying bargain hunt? In Geebung, the most common option is the tip shop on Prosperity Place, which has heaps of useful, pre-loved, second-hand and vintage items with great quality at absolutely reasonabe prices.

Geebung Treasure Trove is the new moniker for what was known around the community as the “Brisbane tip shop.” In February 2021, Lord Mayor Adrian Schrinner decided on the name change, along with an information campaign to encourage locals to visit their community tip shops for useful items they might need.

One Man’s Trash is Another Man’s Treasure

“These great quality, near-new items have found their way to our tip shops and we’ve received more than 700 bikes and 24 fishing rods – both nearly doubling in numbers from the year before – as well as a 30 per cent increase in golf club sets,” Lord Mayor Schrinner stated in a media announcement.

He added that more than 93 tonnes of items were saved from landfill across the past two months through donations to Council’s tip shops, that’s the equivalent of more than 2000 wheelie bins of rubbish.

“There’s something for everyone, from rare collectibles and antiques to peculiar items like a church alter, trumpets and telescopes, as well as traditional upcycling treasures such as tables, chairs, couches and beds,” the Lord Mayor said.

Geebung Treasure Trove is located at 27a Prosperity Place, Geebung. Opening hours are only on Saturdays and Sundays from 8:00 am to 4:00 pm. Do note that cashless transactions have been implemented at this site. Payment for goods are only accepted via credit/debit card (preferably contactless tap).