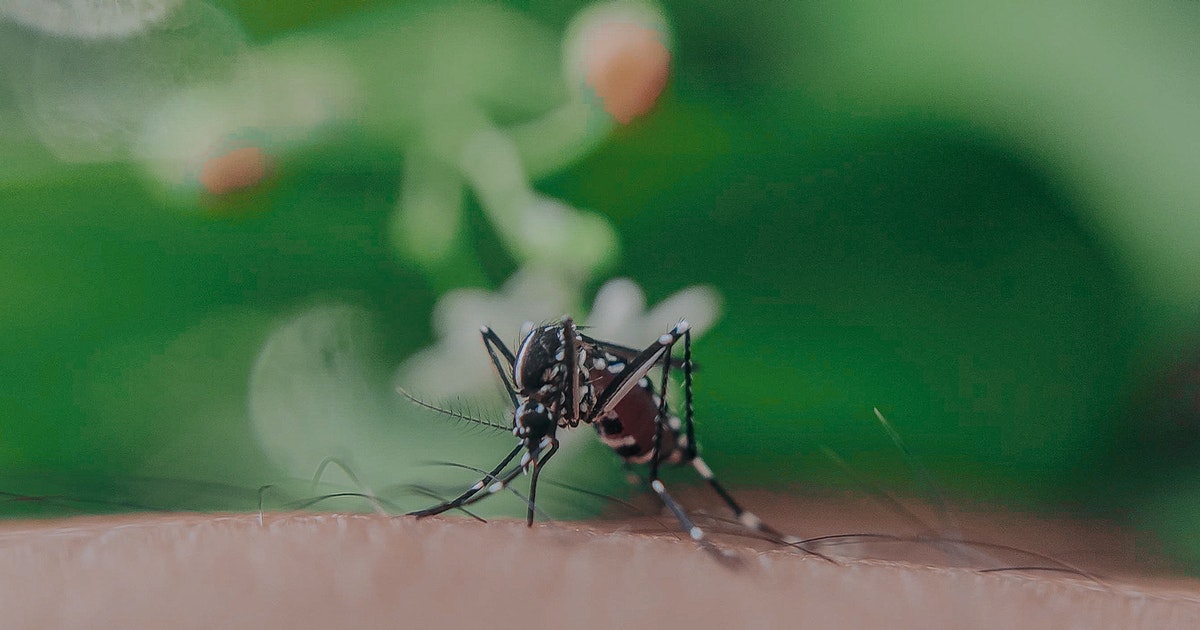 Authorities are reminding the public to take precautions and clean up stagnant water to remove breeding grounds of mosquitoes, as a woman with confirmed case of Japanese Encephalitis virus (JEV) is being treated in Chermside.

Read: Evacuation Facilities in Chermside and Chandler: What to Bring and Where To Go With Pets

Doctors at The Prince Charles Hospital in Chermside are now treating the patient who has been in a critical condition and on life support after having contracted the virus. The patient, a woman in her 60s, reportedly travelled in regional southern Queensland.

The case is the first confirmed Queensland case in 24 years. The last cases were recorded in 1998, involving a 12-year-old boy on Badu Island and a man working at Cape York.

Clinicians at Queensland hospitals have been asked to be alert to the possibility of JEV in people presenting with encephalitis or a similar illness.

“We encourage Queenslanders to take necessary steps to prevent being bitten by mosquitoes, especially given the recent flooding event which may lead to an increase in mosquito numbers in coming weeks,” the Department of Health has stated in a media release.

What is Japanese Encephalitis?

Japanese encephalitis is a mosquito-borne viral disease that mostly occurs in pigs and horses but can also spread on people and other animals through the bite of an infected mosquito.

In humans, Japanese encephalitis presents from little to no symptoms. In most instances, the symptoms are only headache or fever. However, patients with severe disease may suffer from inflammation of the brain (encephalitis), characterised by sudden onset of vomiting, high fever and chills, severe headache, sensitivity to light, neck stiffness and nausea/vomiting.

It’s worth noting that children aged under five years of age and older people who are infected with JEV are at a higher risk of developing more severe illness.

According to the World Health Organization, there is no cure for the disease. Treatment is focused on relieving severe clinical signs and supporting the patient to overcome the infection.

Patients suspected to have JEV should be admitted to hospital so they can be given fluids, oxygen and medication to treat any symptoms.

Whilst there is currently no cure for JEV, there are things the general public can do to prevent it. Here are some preventive measures to prevent mosquito bites:

“I have declared the JEV situation a Communicable Disease Incident of National Significance after determining a national approach is required in relation to coordination of health policy, interventions and public messaging,” Dr Bennett said.

“A national working group of communicable disease, vaccine and arbovirus experts has been established to support the response, including mosquito surveillance and control measures and identification of those at direct risk, and for the rollout of vaccines. Public health communications regarding mosquito protection will target affected communities.”

The human case follows a detection at a piggery in southern Queensland last week. There have also been detections in New South Wales, Victoria and South Australia.

The State Government also ensures there is no risk to humans from consuming pork or pig products and that pork products are safe to eat. The virus isn’t also contagious or cannot be spread directly from person to person.

Queensland Health is working collaboratively with the Department of Agriculture and Fisheries and industry, as well as state, territory and national counterparts to discuss a national response. Support is also being provided to intensive livestock industry workers.