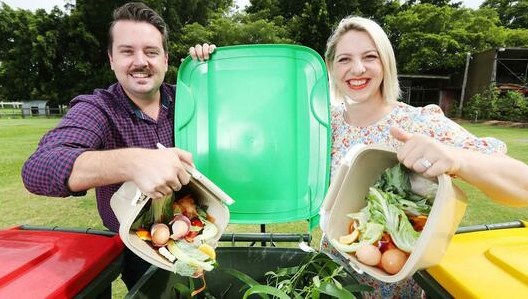 Did you know that Chermside is among the suburbs chosen to participate in the pilot run of the FOGO initiative, a trial that will reduce food waste in a pilot batch of 6,000 households across 30 suburbs in Brisbane.

The FOGO pilot is a food waste recycling initiative of the Brisbane City Council aimed at diverting food waste from landfills.

Council selected eight existing green waste collection routes to be part of the pilot: four from Brisbane north and four from Brisbane south. Beginning 1 March 2022, Council will collect food scraps from participating households from routes one and two. And then from 8 March for routes three and four, including parts of Chermside, Geebung and Wavell Heights.

Why participate in the FOGO?

Here are some troubling facts about food waste in Australia as noted by NFWS Feasibility Study:

What we can gain from minimising food waste:

What the pilot program entails

A letter will be sent to households in the pilot suburbs inviting them to participate in the free service. Before the service commences, each participating household will then receive a six-litre kitchen caddy and an education pack.

Food scraps will go to the kitchen caddy, before and after meals. It is important to line the caddy with a newspaper, paper bag or paper towel and then store it in a place where flies can’t swarm over it; but don’t use plastic bags.

Every one or two days, residents will empty their caddy of their food waste such as fruit and vegetable scraps, along with their garden waste into their green waste recycling bin. Take your green bin out for collection as part of the regular fortnightly bin collection process.

But don’t put these in your green bin

Food wastes will be collected and taken to a resource recovery centre and will hand it over to a  Council partner’s green waste recycling facility. The food wastes will then be converted into compost according to Australian standards to be used by local farmers, urban growers and businesses.